Harish felt some movement so he ducked. As soon as he ducked, the assailant  lost his balance and fell on Harish’s right shoulder. Suresh who had been observing Harish came and pounced on the assailant taking care that his knife didn’t hurt him. The neighbouring shop fellow also came and both nabbed him. They then dragged him to the shop and pulled off his mask.

Meanwhile the neighbour had called for the police. The police arrested Dinesh. And they all went to the police station. Harish called Mr. Ranga too.

There was no escape for Dinesh, there were enough witnesses.

Under the police coercion Dinesh confessed. From a long time,he had been duping gullible retailers. Some calculation mistake, some extra packets and he would make some money on the side. All because he had the habit of gambling. It was a matter of irritation for Dinesh when Harish insisted on cheque payments and receipts.He was losing both ways.Otherwise he could have made some money at least while paying commission. That day when he saw Suresh at the shop, he had thought that he could fool him. But thanks to Harish, Suresh had written the amount in a book and it had not matched with the receipt. Not only that Harish told about this to Mr.Ranga which had eventually led to online payments. And that is why Dinesh felt angry. And he wanted to take revenge.

By the time the investigation was over it was quite late. Dinesh was locked up. Mr. Ranga offered to drop everyone home in his car. ‘Mr.Ranga, is Dinesh married’, asked Harish.

‘I wonder what will happen to them’, said Harish.

‘Yes, One person commits crime, the family suffers’, answered Mr. Ranga. And he continued, ‘But don’t worry, I will see how I can help. I heard that his wife is working somewhere but I will sponsor the kids school fees, it will be a little help to them’.

Both brothers spent the night in quiet contemplation.

Next afternoon when Harish went to the shop, he saw an agile Suresh. His brother was calm but you could feel that there was a shift in his attitude.

After sometime Suresh got ready to leave. Harish asked, ‘You are different today, what happened?’

Suresh gave a sheepish grin and then send, ‘Whole night I have been thinking. I want my family to be proud of me. I don’t want to be like Dinesh. So I will work hard and learn everything’. And he left.

But then he returned and said,’yesterday I had asked you to take a break but it was interrupted. You need not come in the night, I will handle, you go out somewhere’

Harish smiled. All his efforts for the past so many months was fructifying now.Who wants to run away from such a loving brother, he thought

He too had been thinking a lot. Why does man become so greedy. So greedy that they want to take advantage of others. Whereas  the truth is that there is no shortcut to success. It is only hard work all the way. ‘Today evening I will go to Guruji’s place and discuss with him’, thought Harish.

The afternoon passed quickly and Harish was excited to be again going to meet his beloved Guruji. Everything looked better now. Suresh had changed and was taking responsibility, ‘now everything would be alright’, thought Harish.

But then universe always has some other plans.

The Bhagavad Gita tells us how our desires trap us. Our desires ultimately lead us to anger.

.
TRANSLATION
While contemplating the objects of the senses, a person develops attachment for them, and from such attachment lust develops, and from lust anger arises.(BG 2.62)
Here Dinesh has an excessive desire for money because he wants to gamble. And when he sees that because his desire will not be fulfilled from now on because of Harish, he  is angry and wants to take revenge.

So does that mean we have to  be desireless. No,not at all. But one should know what kind of desires you can have and to what extent. 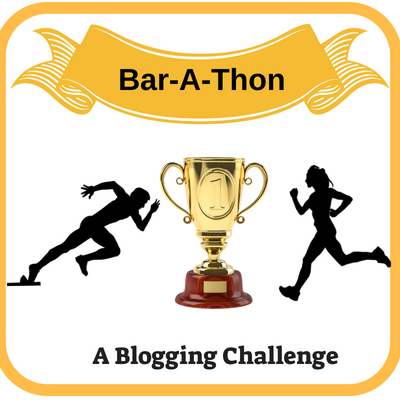 The theme is RUN